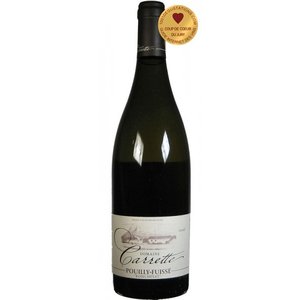 One of the top cuvées of the domain made from old vines of Chardonnay - over 50 years old - planted on the hill of Solutré. It had the same winemaking and ageing as "Les Crays" but the old vines bring an extra layer of richness while keeping it fresh in the end. It's probably one of the best Pouilly-Fuissé we've had, competing easily with great whites from the Côtes de Beaune for about half the price!